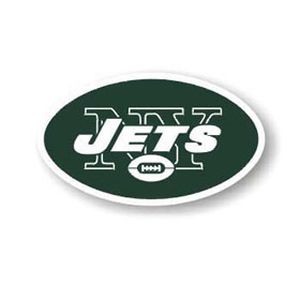 How well do you know the New York Jets?

The New York Jets are a professional football team based in East Rutherford, New Jersey. They compete in the National Football League (NFL) as a member of the AFC East division. The Jets were founded as the Titans of New York and played in the American Football League (AFL) until the league merged with the NFL in 1970.

Since their inception, the Jets have had a rollercoaster of a history. They have made nine playoff appearances and won four division titles, but have yet to win a Super Bowl. They have had a number of talented players throughout the years, including Joe Namath, Curtis Martin, and Darrelle Revis.

Currently, the Jets are led by head coach Adam Gase and quarterback Sam Darnold. Darnold, the third overall pick in the 2018 NFL Draft, has shown promise in his first two seasons with the team. However, the Jets have struggled to put together a winning season and have missed the playoffs for eight consecutive years.

A dedicated fan base, the”Jets Nation.”

Despite their struggles, the Jets have a dedicated fan base known as “Jets Nation.” The team plays their home games at MetLife Stadium, which they share with the New York Giants. The Jets and Giants have a fierce rivalry, known as the “Snoopy Bowl,” that dates back to the days of the AFL.

One of the most memorable moments in Jets history occurred in Super Bowl III, when quarterback Joe Namath famously guaranteed a victory over the heavily favored Baltimore Colts. Namath and the Jets delivered on that promise, defeating the Colts 16-7 and securing the team’s only Super Bowl win.

In recent years, the Jets have struggled to rebuild and compete in a tough AFC East division that includes the New England Patriots and Buffalo Bills. However, the team has made some key acquisitions in the offseason and hopes to turn their fortunes around in the coming years.

Despite their ups and downs, the New York Jets remain a beloved and iconic part of the NFL. Their dedicated fans continue to cheer on the team and hope for another playoff run in the future.

Try our New York Jets quiz and see how many you can get correct out of 10.