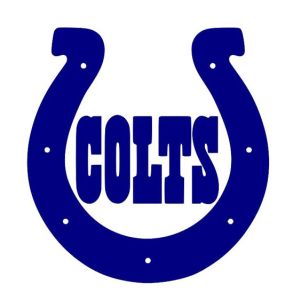 How well do you know the Indianapolis Colts?

The Indianapolis Colts have had a rich history of success in the NFL. They have won two Super Bowl championships, in 1970 and 2006, and have made it to the playoffs numerous times. The team has also produced many talented players over the years. For example quarterback Peyton Manning, wide receiver Marvin Harrison, and running back Edgerrin James.

One of the most memorable moments in Indianapolis Colts history occurred in the 2006 season, when they defeated the Chicago Bears in Super Bowl XLI. The team, led by Manning and head coach Tony Dungy, put together a dominant season, finishing the regular season with a record of 12-4. In the playoffs, they defeated the Kansas City Chiefs, Baltimore Ravens, and New England Patriots to reach the Super Bowl. In the championship game, they defeated the Bears 29-17, with Manning being named the Super Bowl MVP.

Strong fan base over the years

The Indianapolis Colts have had a strong fan base over the years. As a result, their home games at Lucas Oil Stadium are always well-attended. The team has also been known for its strong community involvement, with players and coaches often participating in charitable events and volunteering their time.

In recent years, the Indianapolis Colts have struggled to find the same level of success as they have in the past. After Manning’s departure in 2012, the team has gone through a number of quarterbacks, including Andrew Luck and Jacoby Brissett. Despite these struggles, the team has continued to have a strong defense. At this point, the team has remained competitive in the AFC South division.

Looking ahead, the Indianapolis Colts have a bright future. With a young and talented roster, they have the potential to make a deep playoff run in the coming years. The team’s dedicated fan base and strong community involvement will continue to make them a beloved and respected franchise in the NFL.

Try our Indianapolis Colts quiz and see how many you can get correct out of 10.