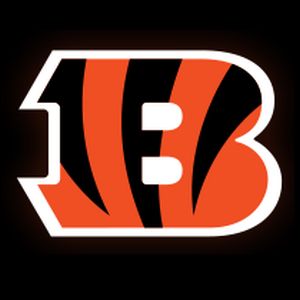 How well do you know the Cincinnati Bengals?

The Cincinnati Bengals are a professional American football team based in Cincinnati, Ohio. They are a member of the AFC North division in the National Football League (NFL). The team was founded as an expansion team and has been a part of the NFL ever since.

The Bengals have had a bit of a rocky history, with many highs and lows throughout the years. In the early years, the team struggled to find success on the field, finishing with a losing record in 11 out of their first 12 seasons. However, things started to turn around in the 1980s when the team made it to the playoffs for the first time in 1981.

The Bengals continued to improve throughout the 1980s and 1990s, making it to the playoffs a total of nine times during that decade. In 1988, the team made it to the Super Bowl for the first time in franchise history, but ultimately lost to the San Francisco 49ers. Despite this disappointment, the Bengals remained a competitive team and continued to make it to the playoffs throughout the 1990s.

Most recent playoff appearance coming in 2015

In recent years, the Bengals have struggled to find the same level of success as they did in the past. The team has made it to the playoffs just three times since the turn of the century, with their most recent playoff appearance coming in 2015. However, the team has remained competitive and has consistently finished with winning records in recent years.

One of the biggest reasons for the Bengals’ recent struggles has been their inability to win in the playoffs. The team has a record of 0-7 in playoff games since their Super Bowl appearance in 1988, which is a frustrating stat for both the team and their fans. Despite this, the Bengals remain a popular team and continue to draw large crowds to their home games at Paul Brown Stadium.

Overall, the Cincinnati Bengals have had a long and storied history in the NFL. While they have had their ups and downs, the team has consistently been a competitive force in the league and continues to be a popular team with a devoted fan base. While it remains to be seen how the team will fare in the future, one thing is certain – the Bengals will always be a team to watch in the AFC North.

Try our Cincinnati Bengals quiz and see how many you can get correct out of 10.