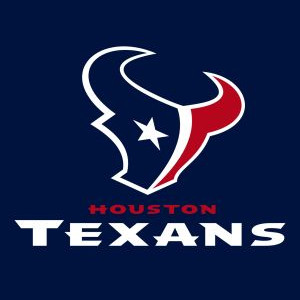 How well do you know the Houston Texans?

The Houston Texans are a professional American football team based in Houston, Texas. The team was founded as an expansion team and has been a member of the National Football League (NFL) since then. The Texans play their home games at NRG Stadium, which is located in the heart of Houston.

Over the years, the Texans have had their ups and downs. But they have consistently been a competitive team in the AFC South division. The team has made the playoffs nine times, with their best season coming in 2012 when they made it to the Divisional Round.

The Texans are known for their strong defense, which has been led by players such as J.J. Watt, Jadeveon Clowney, and Whitney Mercilus. These players have combined for numerous sacks and tackles, making it difficult for opponents to score against the Texans.

Offensively, the Texans have had some talented players as well. Quarterback Deshaun Watson has been a standout performer. He consistently putting up impressive numbers and making plays with his arm and legs. Wide receiver DeAndre Hopkins has also been a key player for the Texans, using his size and speed to make tough catches and score touchdowns.

One of the biggest moments in Texans history came in 2017, when they faced off against the New England Patriots in the Divisional Round of the playoffs. Despite being the underdogs, the Texans put up a fight and nearly pulled off the upset, falling just short in a 34-16 loss.

Throughout the years, the Texans have had a number of successful players, including Andre Johnson, Arian Foster, and Duane Brown. These players have helped establish the Texans as a respected franchise in the NFL. They have also contributed to the team’s success on the field.

Looking ahead, the Texans will continue to be a team to watch in the AFC South. With Watson leading the offense and a strong defense, the Texans have the potential to make a deep playoff run and potentially even reach the Super Bowl.

Overall, the Houston Texans have established themselves as a solid franchise in the NFL. They have also consistently been a competitive team in their division. With a talented roster and a passionate fan base, the Texans will continue to be a force to be reckoned with in the league.

Try our quiz on the Houston Texans and see how many you can get correct out of 10.